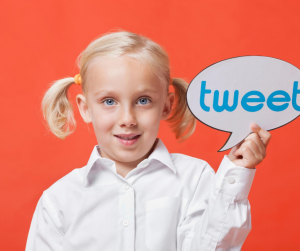 Is Twitter dead? No – its very much alive but its how you use it that counts. Here are my Twitter tips based on my usage over the past 12 years.

Twitter has been around since 2006 and I have built up an engaged following which has led to more clients. It is also a great researching tool and you can find information on trending topics, news, competitors and industry information. It is a micro blogging site allowing just 280 characters per tweet. The tweet is the name given to the post. So think of it as sending small bite sized pieces of information which you then add a link to send the reader to find out more. You can upload up to 4 images on a tweet  or share a GIF or a video. It is a great platform for driving traffic to your website and creating awareness of your business.

Follow people in your area, industry and people you know and network with

Using Twitter Hours is a great to get interaction and traction for your brand.

You will need to follow lots of people to get followers- once you get to 2000 people you are following you will not be allowed to follow more people. This is to prevent spamming.     The limit seems to be somewhere around 80 percent, though it’s not consistent. So, if you’re following 2,000 people but have fewer than 1,600 followers, you’ve probably hit the ceiling. But the ceiling doesn’t automatically come off as you go over 1,600.

#Hashtags are for using against key words – i.e. your area or your industry as people search for relevant information on twitter using this

Using Twitter Hours is a great to get interaction and traction for your brand.

Would love to connect!

← How to collect reviews and testimonials
Why you need a website →